Every word that public evangelicals uttered in the 90s about the importance of integrity in leadership now serves as an indictment of their own unfitness to lead. But more important than the rank hypocrisy of public evangelicals is the matter of how we arrived at a place where, outside of one or two causes that cost us nothing to promote, many Christians don’t even pretend to integrate their faith with their politics. In fact, such is the disarray of the evangelical political conscience, it may be helpful to comment on what integrity means and why it matters.

The opposite of integrity is disintegration—an identity that’s fragmented. My identity is fragmented when I move through the various social roles that I occupy without any real sense of the self that inhabits each role, or how those roles inform the narrative of my life.

Like an individual, a political community that lacks integrity is fragmented. As a society, we have integrity when we share a sense of concern for what each of us deserves and what we owe to each other—which is to say, a shared concern for justice. (The alternative to justice as a shared point of integration would be an ideology based in some feature identity—such as race, ethnicity or religion. But we tend to reject, e.g., white nationalism as racist, Christian nationalism as idolatrous, and so on.) A shared concern for justice furnishes us with a common goal for civic life, by reference to which it makes sense to debate and seek consensus around moral questions like what our laws ought to be and how our resources should be allocated.

By contrast, when we lack a shared horizon for deciding questions about what people deserve, our society is merely a collection of interest groups that assert their political will without regard for what we owe to each other. And herein lies the source of much white evangelical hypocrisy in the political sphere.

Decades ago, a few self-appointed spokesmen decided that God’s blessed rage for justice is best articulated by a Church that seeks to make America the sort of place where upper-middleclass Christians can await the eschaton in relative comfort. Yet we proclaim the Lordship of Jesus Christ, who insisted over and over again that our devotion to him is measured by our regard for the interests of those most vulnerable to injustice: the orphan, the immigrant and the dispossessed. So our conduct in the political arena serves as a public refutation of our witness. Unbelievers read the Bible, too; and they can see that we’re not living out the values we claim to espouse. It’s evident that we’re not truly pro-life or pro-family. The tax policies that we favor reveal what we value: where your treasure is, there will your heart be also. Instead of advocating for economic policies that are conducive to raising a family, we prefer policies that allow us to keep as much of our paycheck as possible.

It’s important for Christian institutions to retract racist sentiments and establish scholarship funds. But mostly in the way a painkiller is important—it silences the pain momentarily even though it does nothing to heal the underlying infirmity. Evangelicalism’s fractured identity cannot be patched up by attending to symptoms. Evangelicalism won’t have integrity while there are yet unrebuked seminary faculty who’ve made a cottage industry of opposing godly calls for justice, with speeches that are contrary to the sweep of Christian theology and transparently ignorant of Western intellectual history.

Our identity will remain fractured until we set aside our own interests in the interest of justice. And until then, who we vote for matters a lot less than the fact that we’re voting for entirely the wrong reasons. 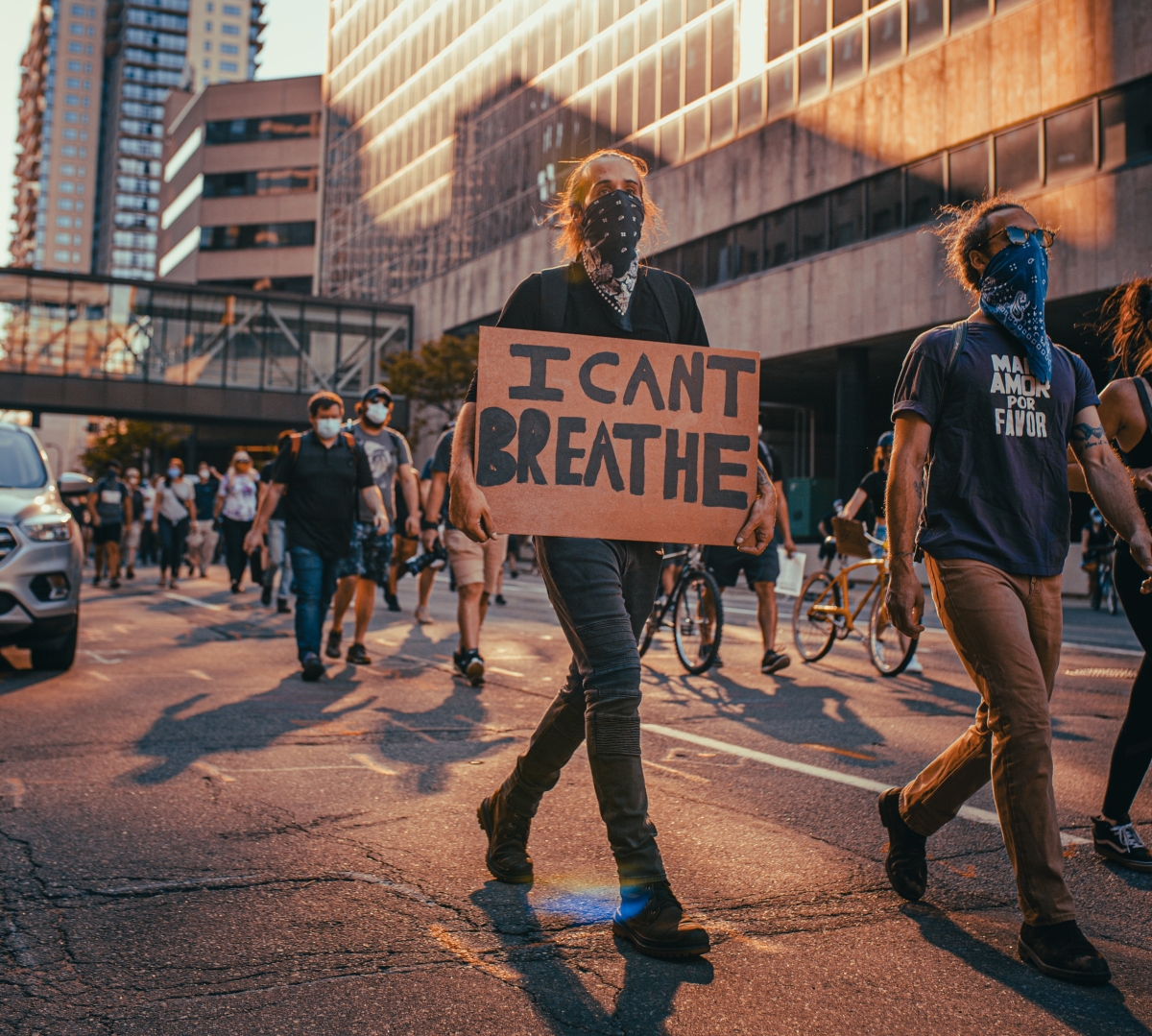 On September 14, 2020, Newsweek published an op-ed by conservative pundit Matthew J. Franck, entitled Racism Is Real. But Is ‘Systemic Racism?’ Within hours, the piece had been removed from Newsweek’s website (the foregoing link provides an archive).

My initial reaction is that it’s becoming increasingly difficult to assume that folks like Franck are arguing in good faith. There’s some funny business going on with the way that he uses definitions—which is, frankly, beneath the dignity of someone in his station. For example, he appeals at one point to dictionary definitions in explaining technical terminology—which is something I wouldn’t accept from a student in First Year Seminar.

Elsewhere, the distinction that he makes between ‘systemic’ and ‘systematic’ is, I suspect, helpful to no one. (Perhaps some people use the word ‘systematic’ when they mean ‘systemic’; but I doubt that anyone has the former in mind when speaking of the latter. There’s no substantive confusion there.)

In any case, my main concern about his argument is this. The term ‘systemic racism’—purportedly the subject of his article—is used across a number of disciplines to describe a variety of phenomena. Two general fields of application stand out. One has to do with features of individual or group psychology. The other has to do with institutions. The author defines ‘systemic racism’ entirely in terms of the former category. He then acknowledges, almost with a shrug, that phenomena in the latter category are a feature of our society—but not technically a form of systemic racism, per his definition.

Overall, my sense is that arguments of this kind are simply a distraction. Instead of talking about how to rectify the kinds of injustice that well-informed people generally understand to exist, we are engaging in sophomoric, sterile conversations about terminology that do absolutely nothing to heal our political community: precisely the opposite, in fact.

Honestly, I don’t know quite what to make of someone in a position of influence who acknowledges the existence of institutional injustice in our society and chooses to spend his leisure patting white folks on the back, offering assurances that none of the “bad stuff” we see around us *technically* counts as systemic racism (provided we define ‘systemic racism’ just so). And insofar as Christ followers participate in this charade, it is to our eternal shame.

To the authors of the Statement on Social Justice and the Gospel:

I am a Christian, an academic and a millennial. I hold a Ph.D. in philosophy and a master’s degree in theology; and I teach ethics, political philosophy and history of philosophy at a liberal arts college on the East Coast. I mention my training and my occupation simply to say, in the spirit of I Timothy 4:12, that I have done my homework.

The purpose of my letter is this. Your Statement on Social Justice and the Gospel purports to clarify the relationship between “social justice” and the Gospel; and I feel compelled to tell you, publicly, that it does nothing of the sort.

I should begin by expressing my sincere hope that your Statement was not crafted for the benefit of my generation. In the main, we have rejected your easy gospel. That’s why we are leaving your church—not the Church, just your church. I hasten to add that no attempts at clarification or explanation will stop the hemorrhaging. We know what you’re selling and we’re just not interested.

Despite its aspirations, your Statement is nothing new. The collective evangelical imagination has long suffered under the yoke of self-appointed spokesmen whose enthusiasm for politics goes unchecked by the limits of their own expertise. Nowhere is the vacuum of discernment more acute than in the field of institutional moral analysis: systemic injustice is invisible to those—like you—whose moral horizons are tethered to individual piety.

Believers of my generation are eager to embrace a vision of political life that comprehends the social infirmities we stand to inherit. We are not nostalgic for the culture wars of the 1970s and ‘80s. And we are weary of effortless civil religion that serves politicians rather than the poor. Defending orphans and widows is a sacred expression of corporate worship. We want to go to church.

With this in view, your Statement is problematic for several reasons. First, your Statement presents “social justice” as a grab-bag of diverse agendas—some of which are inconsistent with a straightforward reading of Scripture, and others that are not only consistent with but indeed mandated by Scripture. For example, in the addendum to Article 3, social justice is described as an aggregation of concerns over things like economic justice, climate change, abortion and LGBTQ rights. By forcing those who care about economic justice into the same political tent as those who support same-sex marriage, you force earnest believers to pit their understanding of God’s design for marriage against God’s command to make laws that give the poor their due. While this false dilemma is useful to politicians, it is unhelpful to the Church.

Second, Article 3 of your Statement affirms that God requires us to give to every person “…what he or she is due,” and that we “…must establish laws to correct injustices that have been imposed through cultural prejudice.” This insight is to be commended. But it is incommensurate with your opposition to public policies that would soften the echoes of past injustice. So either you misrepresent your beliefs about the importance of correcting historical injustice, or you are ignorant of the economic disadvantages that reverberate in the lives of those whose grandparents were unjustly denied access to the instruments of financial capital. And we don’t need Marx or critical theory to discern the wickedness of laws that permit predatory lending to those whose parents and grandparents were effectively barred from amassing and transferring what would have been their inheritance. The fear of God is sufficient.

Third, the addendum to Article 3 claims that justice as described in the Bible has nothing to do with economic justice. This is patently false. (See the Old Testament. Also see the New Testament, especially where Christ quotes the Old Testament. Marty Duren offers a detailed treatment here.)

Fourth, throughout your Statement, the pursuit of economic justice is carelessly equated with Marxism, communism and the view that all wealth should be evenly distributed. This carelessness is indefensible. And insofar as it engenders baseless anxieties about communism that encourage God’s people to abandon the cause of the poor, it is wicked.

Finally, the overall tone of your Statement is a source of concern. The Gospel is not furthered when ambitious ministers, by virtue of nothing other than their status as ministers, speak with unearned confidence about technical matters that they have not studied in any disciplined way.

My generation stands to inherit problems of unprecedented complexity and scale. In practical matters of grave importance, the believers of my generation need guidance that is thoughtful and well-informed. If you are unprepared to offer such guidance, you would do well to take your own advice and restrict your remarks to the Gospel.