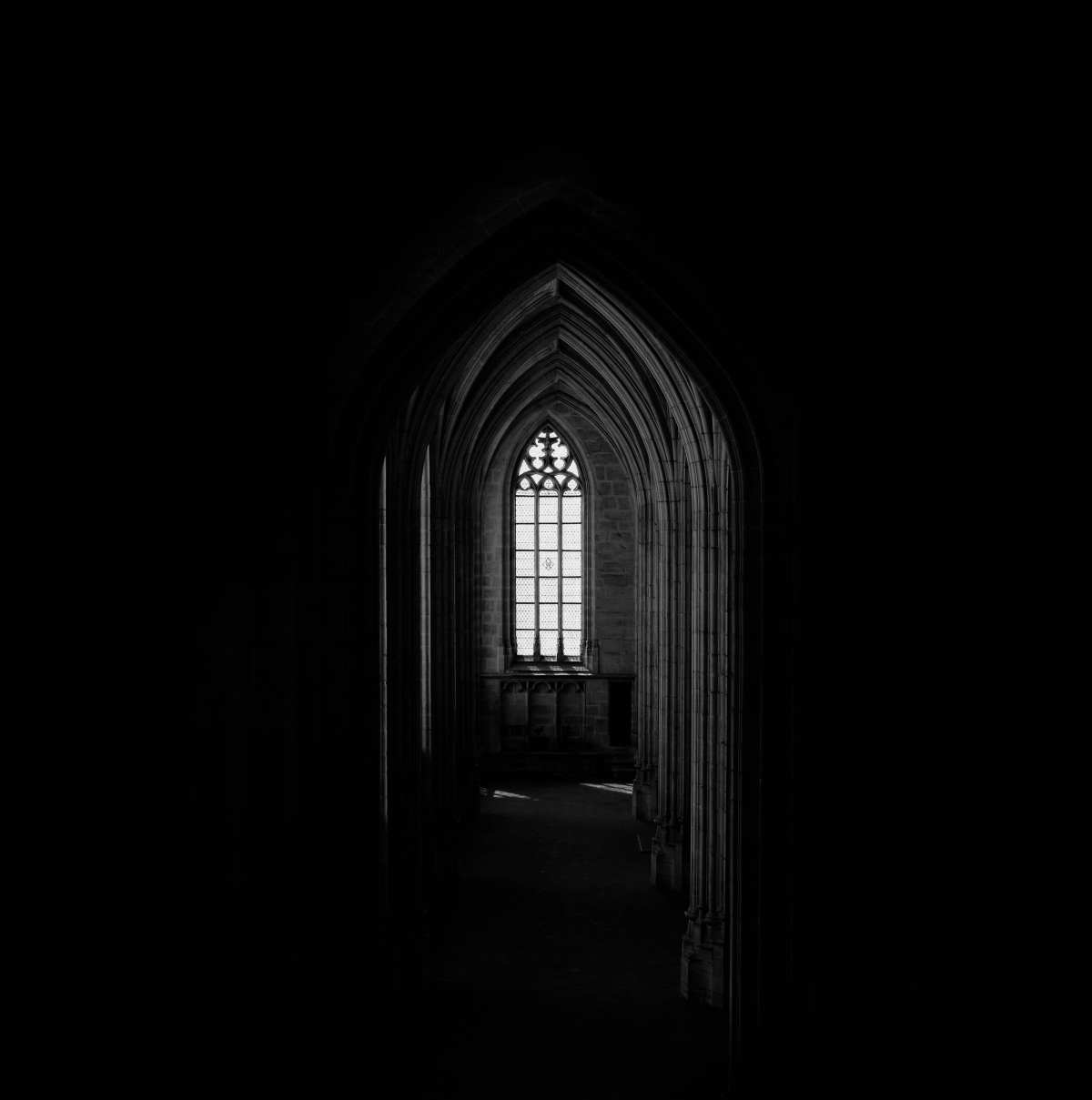 “When Southern Baptists established the Southern Baptist Theological Seminary in 1859, the prevailing orthodoxy of its white clergy included commitment to the legitimacy of slavery.”

-Report on Slavery and Racism in the History of SBTS

The phrase ‘prevailing orthodoxy’ is doing a lot of rhetorical work here: ‘orthodoxy’ evokes the safe harbor of official sanction, while ‘prevailing’ conjures a sense of resignation to the inertia of established norms. Yet the question must be asked: as of 1859, how prevalent was the view that the institution of slavery was morally legitimate? Across the West? No. America’s N. Atlantic peers abolished slavery in the 1840s. Among Americans? No—Civil War was two years away. Among Protestants? No.

It wasn’t even the prevailing orthodoxy of Baptists living in North America: that’s why the SBC was founded. The fact is, slavery was widely regarded as morally legitimate within the SBC because the SBC was instituted for people who regarded slavery as morally legitimate. And this prevailing view rose to the status of religious orthodoxy—right belief—in the same way that wickedness typically seduces the church: moral pronouncements handed down by self-assured men in high places—men whose preoccupation with what is right according to the established order prevents them from questioning the righteousness of the established order.

Such men will answer for much on the day of reckoning, but they will not answer for you and me. In the words of C.S. Lewis, there is no judge between gods and men: we each must give our own account. The standard against which our faith and practice will be measured is truth. We’ll find no refuge in the prevailing orthodoxies of our time.

The danger of religious fundamentalism is that it blinds its adherents to this distinction between prevailing orthodoxy and objective truth. That’s why fundamentalists can see no difference between rejecting God’s Word and rejecting what they say about God’s Word. And that’s why fundamentalists in the SBC are so resistant to institutional reform: once we look beyond what’s good according to the established order and inquire into the goodness of the established order, moral authority shifts away from ambitious men and toward the truth itself.

Men at organizations like the Conservative Baptist Network, FoundersMin and the CBMW all advance orthodoxies that conform to their personal and political interests. But do their agendas conform to moral truth? The SBC’s prevailing orthodoxies have been characterized by racism, misogyny and a refusal to acknowledge the moral salience of institutions—despite overwhelming evidence that wicked men cannot simply be relied upon to refrain from doing wicked things. For example:

Centuries of injustice have produced a divergence in the lived experience of Americans from different racial backgrounds—between those who read the book of Exodus and see their ancestors among the people of Israel, and those who should see their ancestors among the Egyptians. Yet the SBC’s prevailing orthodoxy holds that differences in experience are irrelevant to our grasp of truth. Thus civil rights leaders in the ‘60s and ‘70s were dismissed by white Southern Baptists as liberals and Marxists, as are those calling for systemic justice in 2020.

According to the SBC’s prevailing orthodoxy in the 1850s, although people of African and European descent were created equally in the image of God, the latter were entitled to strip the former of their autonomy and ownership of their labor capacity. Today, according to the prevailing orthodoxy of some in the SBC, women are created equal to men; but the principal occupation for which they are so created is unpaid domestic service to their husbands and children.

According to the prevailing orthodoxy of the 1850s, the fact that rape was endemic to the institution of slavery was an indication that, at most, slave owners should be admonished to refrain from raping slaves—not that the institution of slavery was iniquitous. Unlike slavery, church autonomy is a morally neutral convention. But according to the prevailing orthodoxy of our time, church autonomy is so sacred that preserving it takes precedence over institutional oversight designed to prevent serial sexual predation.

Sexual predation is framed as an issue of individual conduct, rather than an institutional failure to hold predators and their enablers to account. Those calling for systemic reform are dismissed as leftists, Marxists and feminists, just like civil rights leaders before them. Thus the prevailing orthodoxies of our day have enabled unchecked sexual abuse within the SBC—long term, unfettered movement of sexual predators from one SBC church to the next. Prevention efforts are lackluster, while protections for predators are robust.

All of these evils, from slavery and racism to misogyny and serial predation, are variations on a theme: abuse of power, engendered by prevailing orthodoxies that render systemic injustice invisible to those whose moral horizons are tethered to individual piety.

It’s been suggested that those who promote “wokeness” or “woke theology” should be regarded as false teachers. This claim reflects a kind of theological illiteracy that needs to be exposed. I’ll start with a brief note about terminology, since it’s a source of much mischief.

A millennium before Plato, God inspired Moses to establish a legal system animated by God’s hatred of institutional oppression. And God commanded his people to cherish and keep these laws in remembrance of their liberation from Egyptian oppression.

Systemic injustice is second only to idolatry among the occasions for God’s wrath in the Old Testament. And more often than not, when idolatry is at issue, the idols in question are implicated in efforts to secure wealth or power within an oppressive system.

So it’s important to understand that a commitment to systemic justice isn’t the same as fondness for CRT. And the former is a foundational moral imperative for all who fear God, whatever one thinks of the latter. Yet the wokeness truthers in conservative evangelicalism insist on conflating the two. I’m willing to assume, charitably, that this confusion derives from ignorance—of which they display much, and with remarkable boldness. But the notion that we should regard those who demand systemic justice as false teachers is more than mere error: it presents a false image of who God is and what God requires of us. And this is not to be suffered gladly.

According to Scripture, false teachers dwell in the political or religious establishment, and they misrepresent God to the people of God in order to fortify their own position of power or influence. False teachers lie about God for their own personal gain. So, in the logic of Christian theology, it doesn’t even make sense to say that those who demand systemic justice *on behalf of others* are false teachers. It’s a category mistake. Simply put, demanding justice for others isn’t what false teachers do. In fact, every single time Scripture presents God’s prophets in direct conflict with false prophets, God’s prophets are the ones demanding justice for the oppressed. Every. Single. Time.

And how do the false prophets react? First, they accuse God’s prophet of being a false teacher. Then they try to protect their own power and influence by lying about God. “Everything’s good here. God says that the status quo is just fine, and judgment is not forthcoming.” For example, the biblical picture of false prophets bears a striking resemblance to the handful of theologians in the SBC whose dalliances with heresy have redounded to their own professional benefit.

Some proponents of ESS misrepresented the very nature of the Trinity in an effort to legitimate a niche research agenda that they were well-positioned to lead (largely because the most fertile theological minds of our era simply have no interest in advancing male headship). These men spend their days stirring up controversy, insisting that God’s people break fellowship over the secondary effects of tertiary issues that are a matter of grave importance only to men whose professional advancement depends on it. It’s clever in a strictly Machiavellian sense: find a subject that none of the really talented people in your field care about, create a journal for it, publish in your own journal, and then leverage politics and personal connections to demand that it be taken seriously. Now these men are attempting to persuade God’s people that demands for systemic justice are false teaching. “Everything’s good,” they say. “God has instructed me to assure you that the status quo is just fine, and judgment is not forthcoming.”

Don’t let false teachers tell you who the false teachers are. Look for the folks demanding justice, and join them. That’s the side you want to be on, even if you don’t agree with everything they have to say.

This is theologically illiterate: it’s not merely wrong—it’s wrong in ways that I’d expect only someone who doesn’t understand the basic logic of Christianity to be wrong.